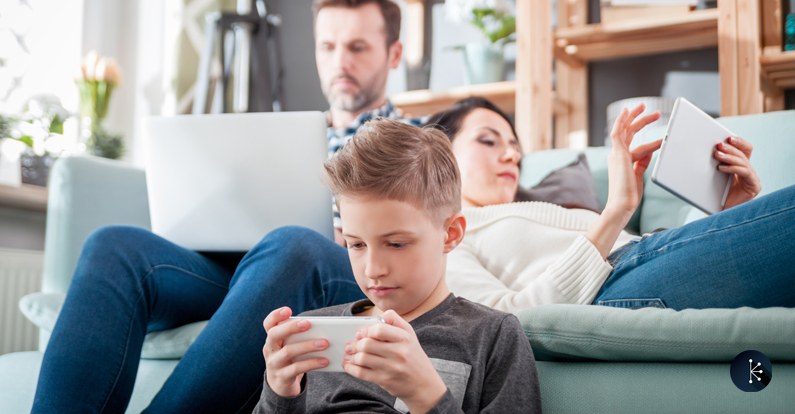 Check out the first two posts in our series: Stealing User Credentials with Open Redirects and SQL Code Injection

Wireless networks are one of the most common avenues threat actors will take to gain access to your internal systems. Once breached, wireless networks often offer attackers a valuable foothold to pivot onto other networks in your organization, jumping from host to host until your entire environment is compromised. This week’s article is going to examine how the 4-way handshake for Wireless Lan (WLAN) communication works, how an attacker might compromise that process, and how to improve your wireless security posture. Businesses and private individuals alike need to be aware of how easily a threat actor can compromise their wireless networks and how they can protect themselves. To better understand how to attack and defend a wireless network we must understand how wireless clients establish a secure communication channel with an access point.

So how does a wireless client like a cellphone achieve secure communication with a wireless access point (AP)? How does the client and AP share the secrets necessary to do this? Enter the 4-way handshake. Explaining the 4-way handshake in technical detail is outside the scope of this article but fundamentally, the process uses device-unique identifiers, randomly generated numbers, and the wireless password to generate what is called a Pairwise Transient Key (PTK). This PTK is then used to encrypt the traffic sent over the airwaves between the client and wireless AP. 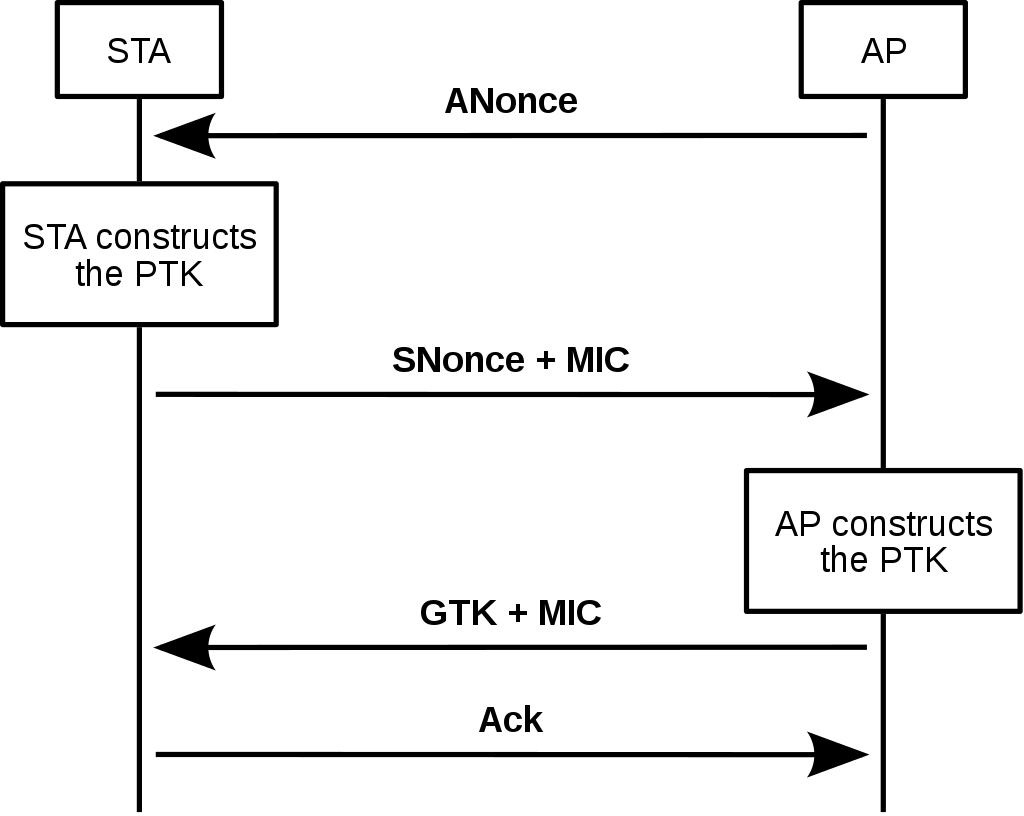 Now that the 4-way handshake is complete, encrypted data can be sent securely. However, threat actors can eavesdrop on this process to deconstruct the PTK, and potentially steal the encrypted wireless password.

To further understand the history of wireless computer communications and the technical standards that regulate them, refer to IEEE 802.11.

A threat actor may set out to compromise sensitive data, perform illegal activity from a victim network, or simply access free internet. Whatever their end goal is, a wireless network is a prime target for achieving it. This is because wireless networks are often accessible well beyond a business or residential boundary and may not be closely monitored for unwanted clients. There are many ways to attack a wireless network, this article focuses on compromising a typical Wi-Fi network by capturing the 4-way handshake.

As the threat actor, they might drive around an area scanning for wireless networks they want to attack (a tactic called Wardriving) or they may position themselves outside a target business or residence. They can use any number of tools to detect wireless networks being broadcast nearby and collect data on them, including signal strength, security type, SSID, etc. Hidden networks are not safe from these tools.

Scanning for and selecting a target network

Once they’ve selected a target, they can park their van inconspicuously and get to work. This attack works against WPA2, the protocol used in most of the networks on the list above, but this method is also effective against the weaker and (hopefully) less often seen WPA and WEP protocols as well. Now that a target has been selected, they will monitor the network for a connecting client, or they can attempt to kick a client off the network and trigger reconnection. 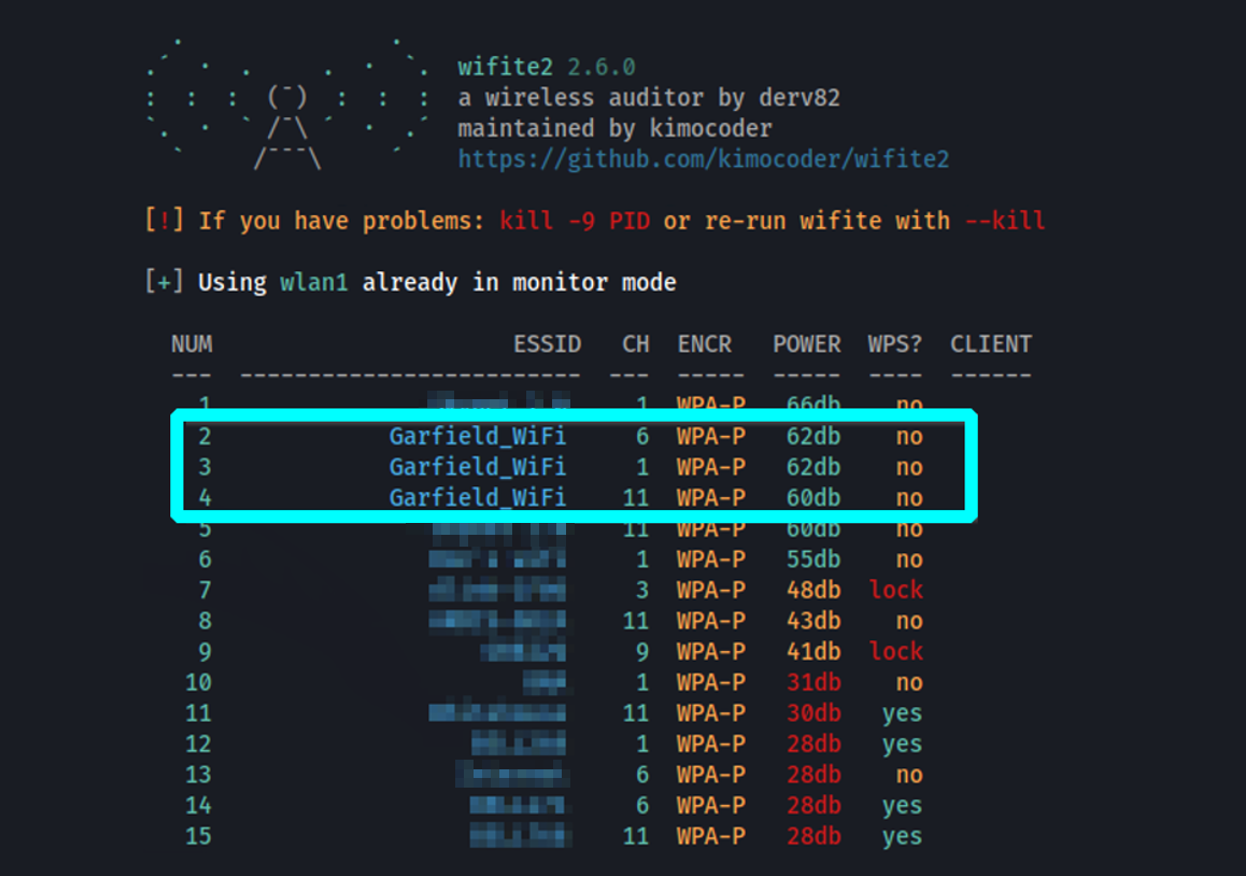 The threat actor wants to capture the 4-way handshake which is only performed when the client is making that initial connection to the network. A de-authentication attack, which kicks the victim off the wireless network, is useful when we are attacking a network that does not have a high volume of new clients connecting to it. This is because kicking the user off the network would induce them to reinitiate the authentication process. Wifite is an excellent tool that will automate the de-authentication process and attempt to capture the 4-way handshake for us.

Once the handshake has been successfully captured, the attacker can extract the encrypted wireless password and attempt to crack it. Depending on the complexity of the password and the power of our password-cracking computer, this could take hours, days, or more to “brute force”, or guess, every possible combination of numbers, letters, or symbols. Diligent threat actors will consider likely words or phrases that might be used in the password to reduce the time it takes to crack it. In this case, the wireless network is named All Posts“Garfield_WiFi”. A keen threat actor would create a wordlist of possible words associated with this familiar orange cat; lasagna, orange, lazy, etc. Then, this wordlist would be sent through a formula to create permutations, generating common variations of the words in the list. For example, the formula might replace A’s with 4’s, S’s with $’s, append numbers, symbols, so on and so forth.

An example of how permutations of a word might be generated

With luck, the attacker will have success with their custom wordlist. The captured handshake and custom wordlist are fed into Hashcat, a tool used to crack values encrypted with various encryption algorithms. 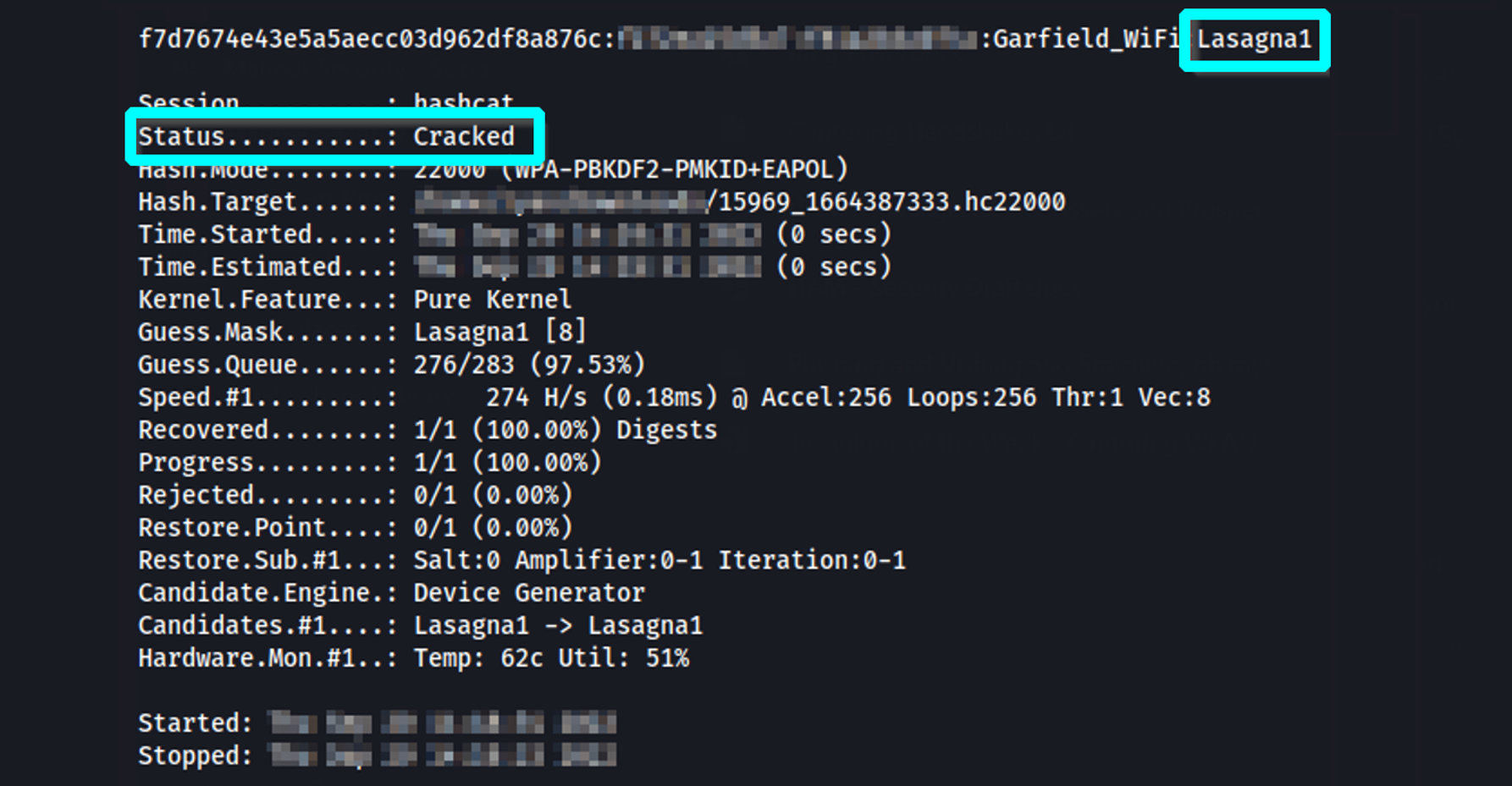 Once a threat actor has determined the wireless password, they can connect to the wireless network to perform any number of nefarious actions including:

The 4-way handshake capture technique described in this article is just one example of how a wireless network can be compromised. Below are some tips on how to harden your wireless network against threat actors.

Do you make use of wireless technologies in your organization’s facilities? Is your network security robust enough to withstand a targeted attack? Mariner offers Wireless Security Assessments to help businesses achieve the strongest security posture possible, mitigating the risks of sending traffic over the airwaves. Connect with us today and speak with one of our vulnerability assessment and penetration testing experts.